Messages are being interpreted as markup

When sending or receiving a message (tested with XMPP and SMS), its content is being interpreted as Pango Text Markup.

The formatting doesn't show up in the message bubbles, but it does in the conversation list. Escaped entities like &amp; are however interpreted in both places.

You can also see some warnings on the console: 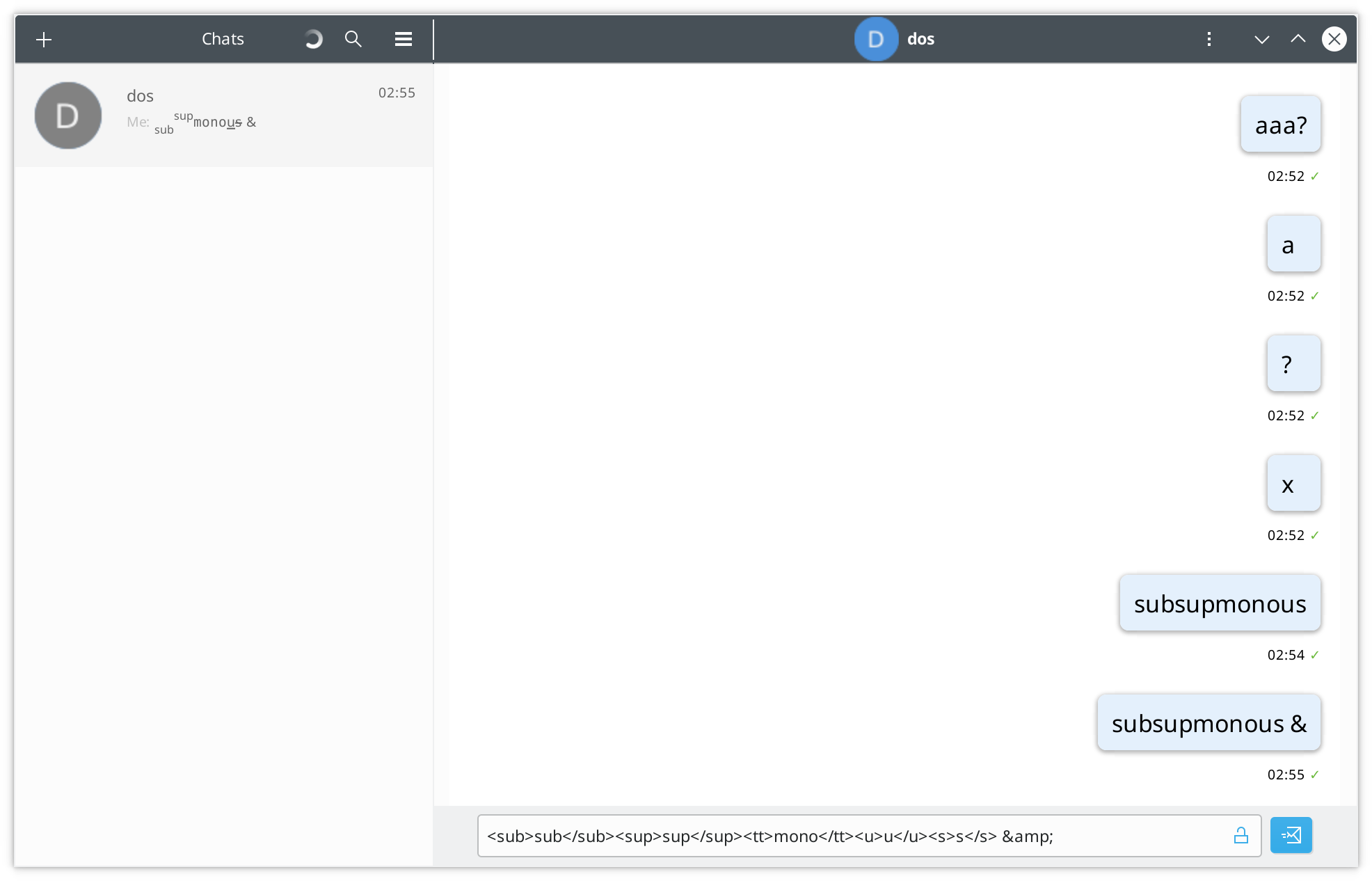